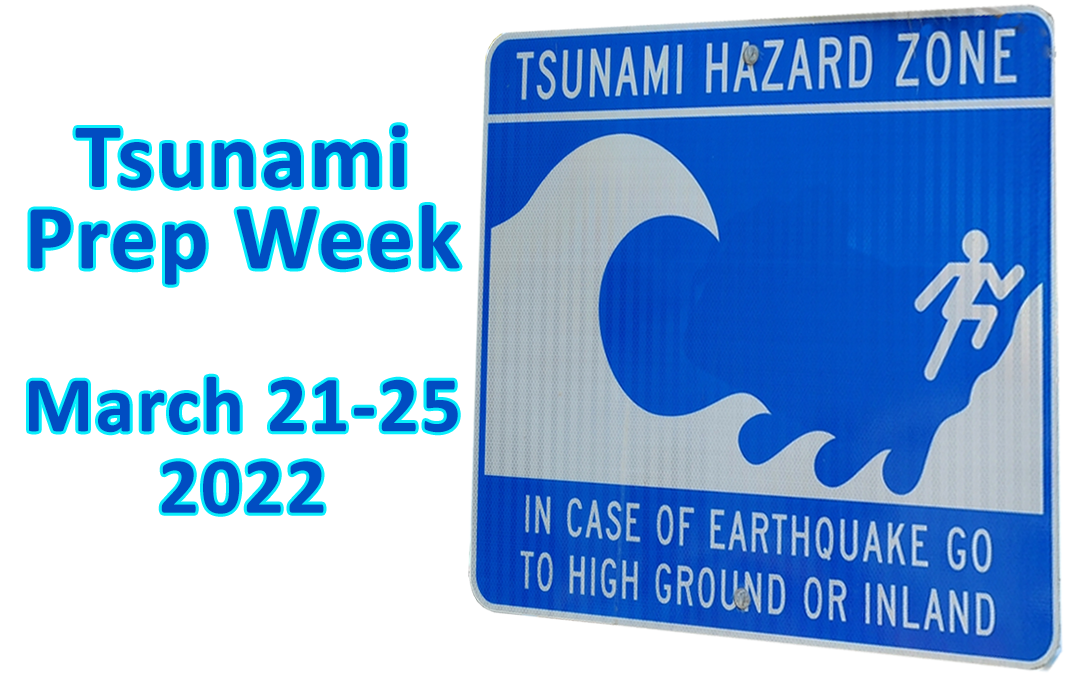 This information is from: https://www.oxnard.org/step-10-tsunami-severe-shaking-move-inland/

In general, in Oxnard, if you are within a mile of the ocean, you may be in a potential tsunami inundation area.

A tsunami is a series of traveling ocean waves triggered by anything that displaces a large volume of water.

Existing on-and offshore geologic conditions indicate that Ventura County is a very seismically active region capable of producing tsunamis. Since 1812, there have been at least eight notable tsunamis along the Ventura County coastline, several of which caused damage – including the tsunami generated by the 2010 Chilean earthquake, which caused over $250,000 in damage to the Ventura Harbor.

A tsunami is not a single wave, but a series of waves which can occur over many hours. The 2011 Japan tsunami generated a series of tidal fluctuations on the California Coast which lasted more than 72 hours. It is important to keep yourself and others away from the danger zone until an “All CLEAR” is issued.

IF YOU’RE AT THE BEACH AND YOU FEEL ANY EARTHQUAKE –

Know the difference between Myths and Facts:

Myth: Many people believe that a tsunami is one giant wave.

Fact: Tsunamis can be a single surge of water or a series of waves occurring anywhere from five to 90 minutes apart, and may occur for many hours after the initial event.

Myth: Many people believe that the Channel Islands will serve as a giant “breakwater” and that the Oxnard coast cannot be impacted by a tsunami event.

Fact: From the area where the tsunami originates, waves travel outward in all directions.Once the wave approaches the shore, it builds in height. The topography of the coastline and the ocean floor will influence the size of the wave. A small tsunami at one beach can be a giant wave a few miles away. Since we have no idea where a tsunami may originate, we cannot presume to be safe from a tsunami simply because we have offshore islands.

Myth: Many people believe that tsunami waves are surfable.

Fact: Tsunami waves are extremely dangerous, could be full of debris and are potentially deadly to surf.

KNOW WHAT THE TSUNAMI MESSAGES MEAN:

ADVISORY Strong currents likely Stay away from the shore

INFORMATION Minor waves at most No action suggested 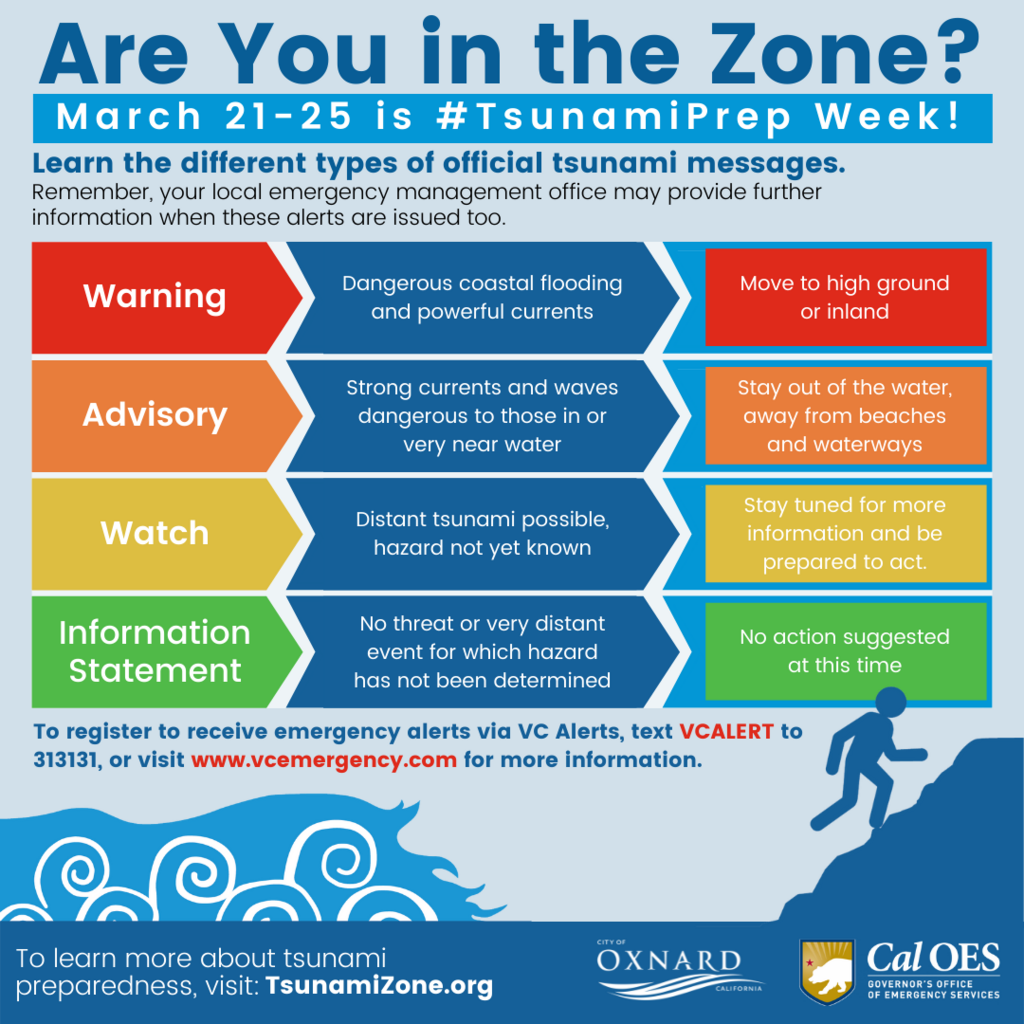 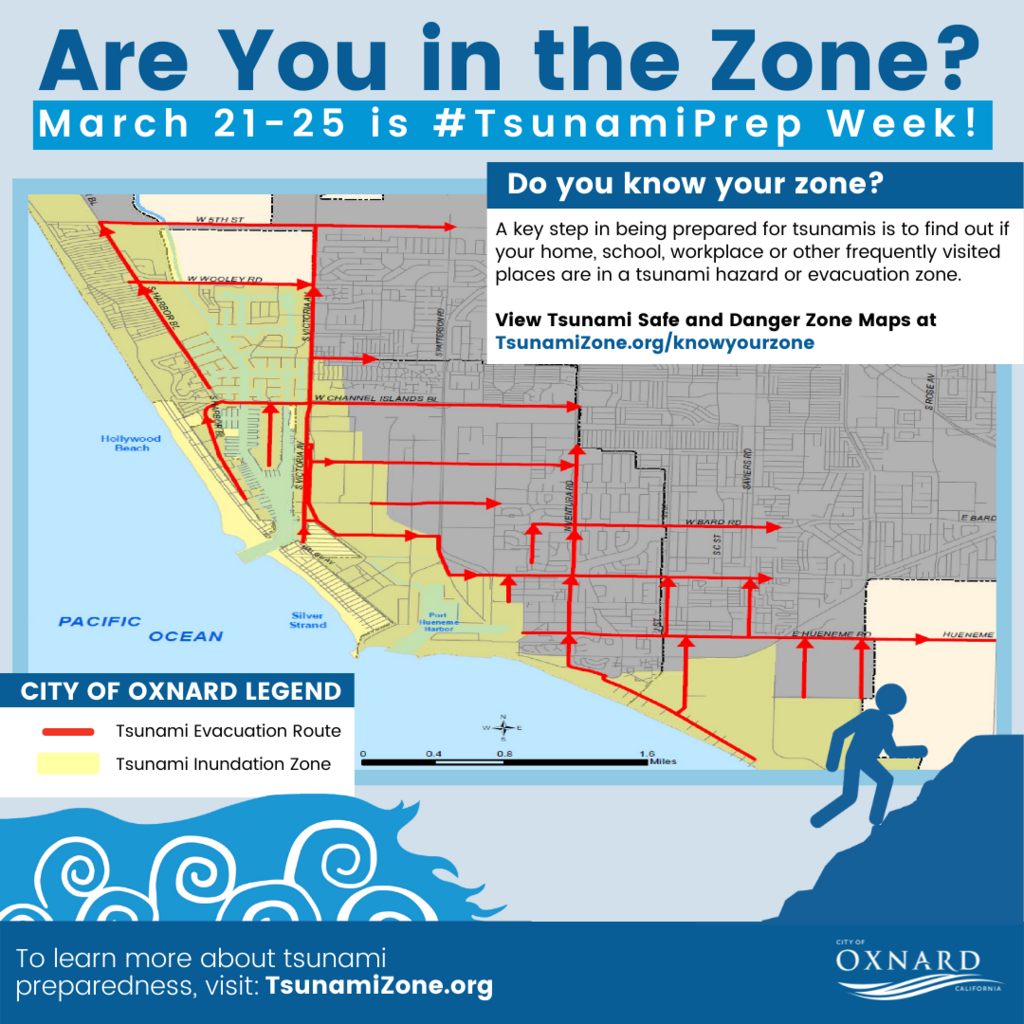 Part of your preparation with family and friends should be to know and share reunification areas! 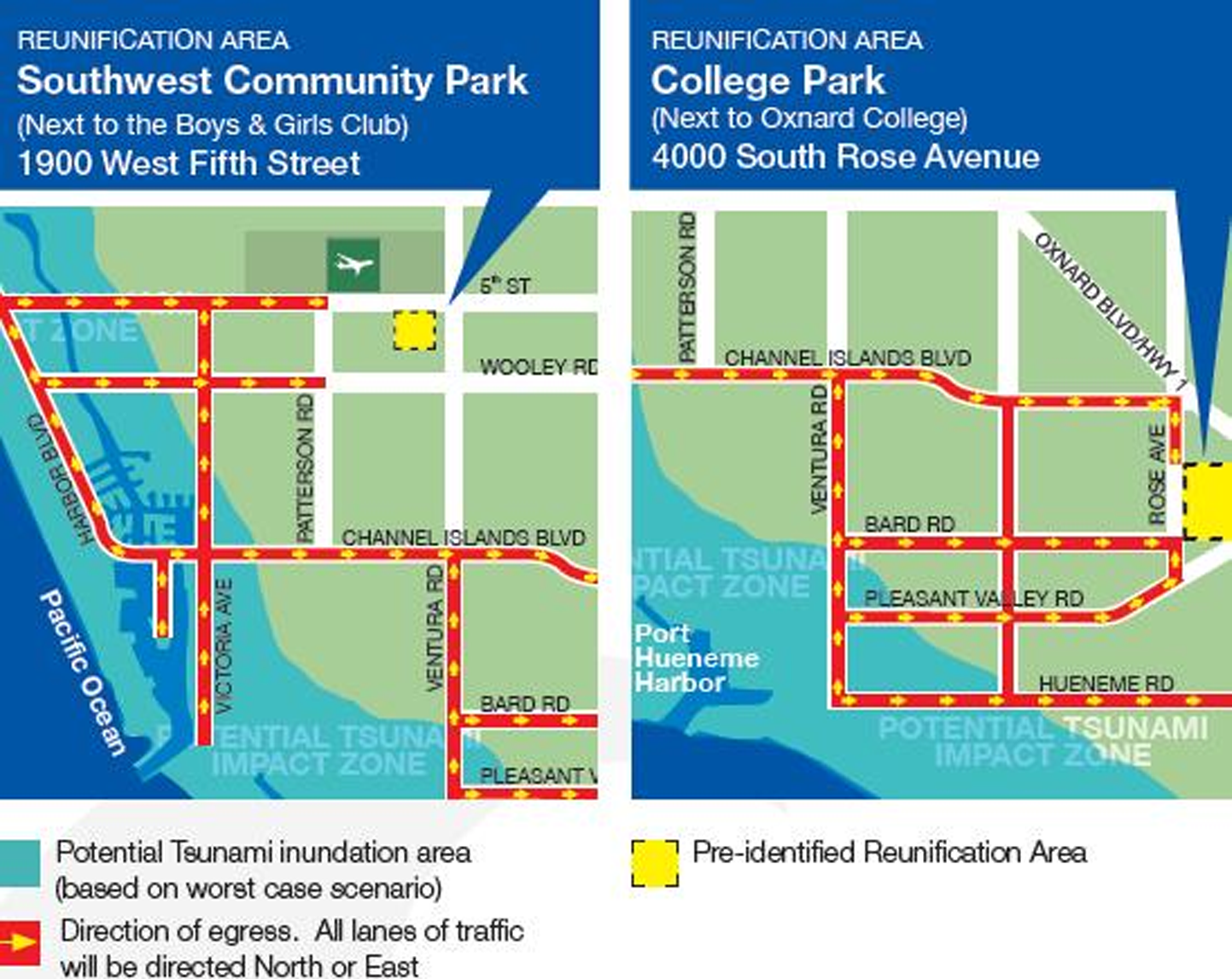